Maldives Transport and Contracting Company (MTCC) has made a profit of MVR 145.3 million last year.

According to their annual report and financial statements, MTCC made MVR 1.2 billion worth of business transactions, and spent MVR 982 million on businesses.

The company earned a gross profit of MVR 313.9 million, with MVR 160.1 as operating profit. The company’s net profit was recorded at MVR 145.37 million after taxes.

MTCC’s shareholder returns to equity holders amounted to MVR 146 million with a Return on Equity of 15 percent in 2017. The company declared a dividend of MVR 2.4 per share from net profits of the previous year.

The company’s annual report revealed that they made profit in every sector last year. 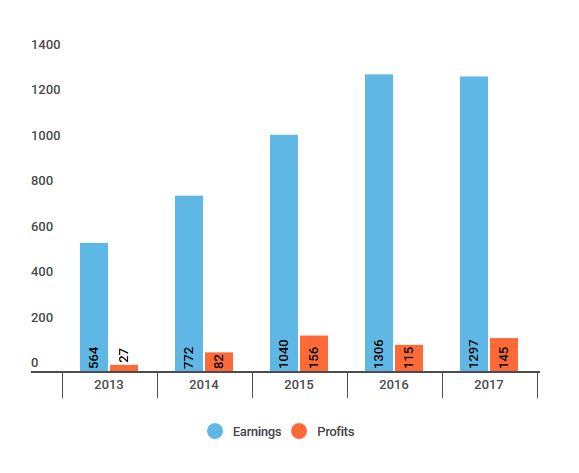 MTCC stated that although the government cut subsidy of transport services in 2016, their operational profit increased last year.