Maldives Transport and Contracting Company (MTCC) revealed their projects in three islands are underway at a fast pace towards completion. 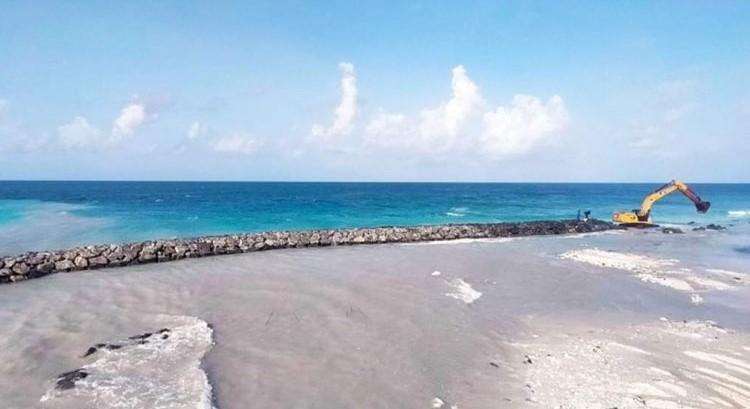 Under the project, groyne will be installed to an area of 336 meters. The total project costs MVR 11.6 million. 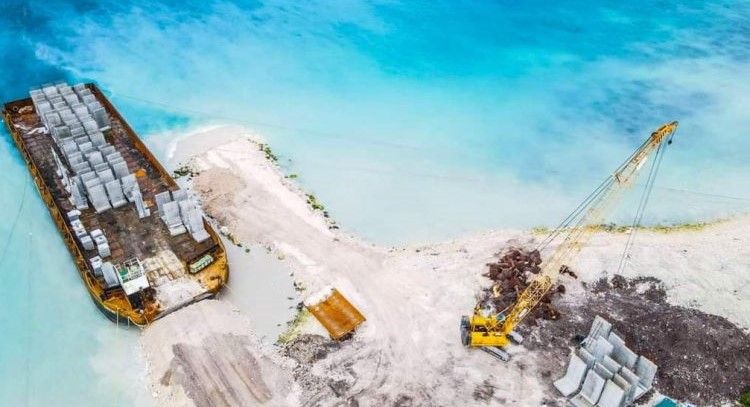 Giving an update on Sh. Feydhoo, MTCC said they are starting the road paving under the project. The full shipment of concrete stone for the roadbed has now been delivered to the project site, MTCC said.

Under the project, an area of 27,500 cubic meters of port will be dredged. 276 meters of road will be paved and 90 meters of revetment will be installed. In addition, 378 meters of outer harbour and 1380 acres of harbor pavement will be constructed. MTCC said the project will also include installation of harbour lights and street lights. The project is worth MVR 35.6 million.

Sixty percent of the Maalhos harbour development project has been completed, the contractor of the project, MTCC, said. The project was awarded to MTCC on November 10, 2021 at a cost of MVR 56.9 million.

Giving the latest update on the project, MTCC said today that the outer harbour work has been completed and the groyning work will start this week.