Maldives looked very different thirty fours back; this includes the way people communicated with each other. Letters and postcards!

The locals in the island nation lived across 200 inhabited islands. Each rested at a significant traveling distance from the other, so it was not easy if you wanted to get a word out to someone living in an island different from yours. Imagine the plight families had when some of their members lived in different islands – how they would have had to send letters or written messages via local ‘dhonis’ or similar vessels to carry the message.

‘Dhivehi Raajjeyge Gulhun’ – which translates to ‘connectivity of the Maldives’ (if one were to take the absolute literal meaning) came to inception in 1988 with the effort to push the envelope of the then status quo of communication. The company came with a long term vision; one that would continue to evolve with the change of time – a necessary element.

Birth of a New Age 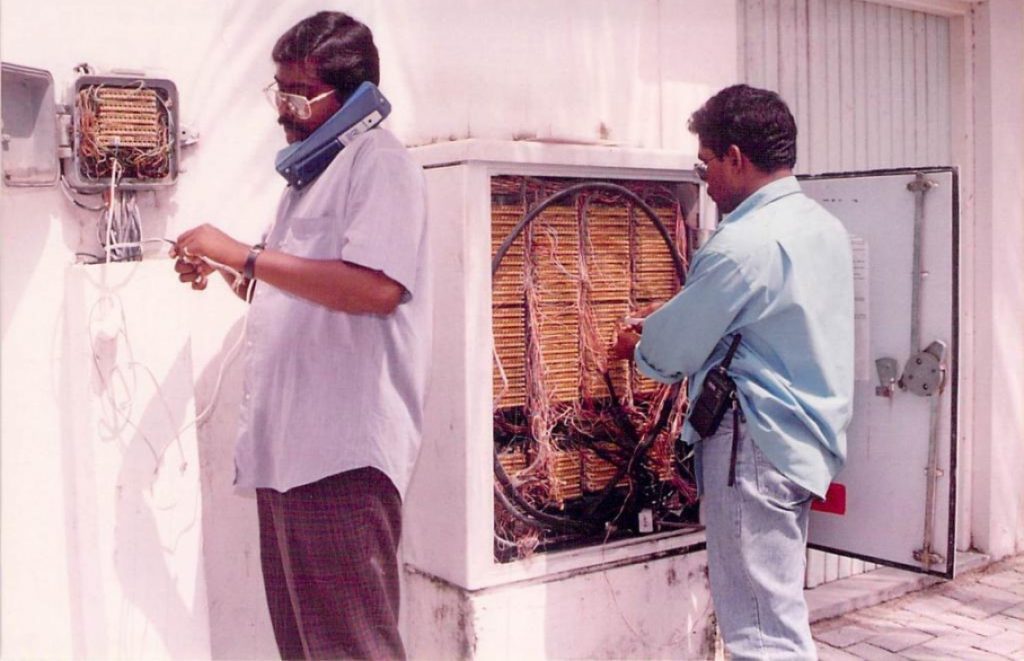 Large seashells were once used as an alarm to gather hordes of people whether islands required them. For distant communications; people used letters, which came with obvious waiting time.

This came to an end when a local company signed on with England’s Cable and Wireless to establish a telecom firm; this was the birth of Dhivehi Raajjeyge Gulhun officially, which would become known popularly as Dhiraagu. The company was officially established on October 01.

Perhaps the pioneers behind the company themselves had not anticipated just how important of an industry player Dhiraagu was going to be when they created it.

The company would serve as a central element in the technological advancement of Maldivian community. 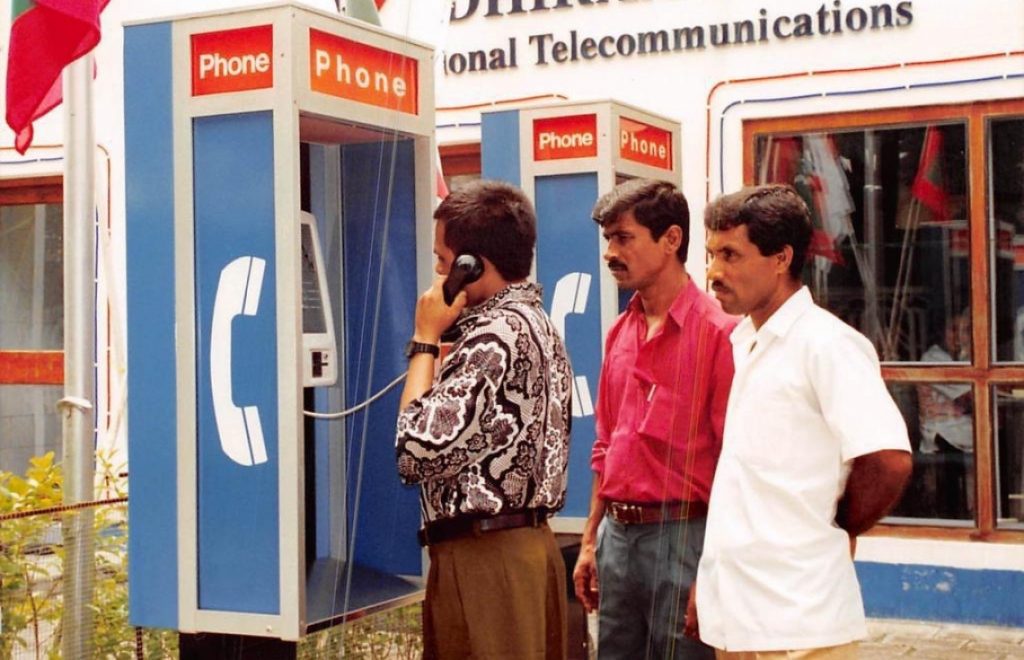 Following its establishment, Dhiraagu moved forward with installing subscriber trunk dialing (STD) phone booths. The effort kicked off with Male’ City, since it had been the country’s capital and the heaviest populated. The initiative expanded and reached beyond the confinements of the city to reach other major residential islands.

Amid its growing customer base, business and service options, Dhiraagu stepped into with its next ambitious plan; internet connectivity.

There has been enough misinformation among general consumers about the actual commencement of internet services by Dhiraagu. Some are of the idea that it had commenced only after the 2000s; but company actually launched its internet services way back in 1996.

Dhiraagu enjoyed a significant portion of the telecom history in Maldives as an unrivaled, unchallenged service provider. This came to an end in 2004 with the entry of a second telecom service provider into the Maldivian market; Wataniya.

This was sweet music for the consumers, albeit with a few initial waves of resistance by them for being so used to a single service provider for years. However, the competitive environment between the two companies ensured consumers received services previously unheard of, as the two aimed at being the best at what they did.

I never went away! I simply took time to recuperate and rejuvenate!

How many of us remember the very first logo used by Dhiraagu? Remember the old blue and white ‘globe’ with a red ribbon running around its circumference? No?

In 2005 the company went through its first major makeover and rebranding. This resulted in Dhiraagu dropping its previously used logo in favor of a new color code, and branding; a new symbol became synonym with the company. The following year, Dhiraagu launched its first international submarine cable; which greatly improved the services rendered by them. This also was the birth of a new age in technology for the country as it lead to one of the most significant ‘tech jumps’ in the Maldivian society; rise of the smartphones.

The First in Many!

Apart from being the first to provide telecommunication and internet service, as well as faster internet connectivity. Dhiraagu is also the first to introduce a customer care center, and a central headquarter of operations.

The Road to Perfection is Less Traveled

Dhiraagu has remained at the forefront of the technological advancement in the Maldivian society. It has been the focal point of this movement for more than three decades, and saw the rise (and fall) of several technological innovations – it had been at the helm of several such initiatives too.

It is a tough road. The road to perfection, and one less traveled. But Dhiraagu in its undying commitment and dedication to serve its loyal and ever expanding customer base remains true to the cause; and continues to travel in this less traveled road.