Bank of Maldives (BML) is commonly referred to as ‘the national bank’. Handling banking for the nation from 1982 onwards, one can argue that the long standing financial institution requires minimal efforts in ensuring they have a strong hold on the market.

However, the company has successfully invested in the public, running engaging Corporate Social Responsibility (CSR) programs for the whole nation. Any experienced individual in the sector can attest that unless a CSR policy is ingrained into the company’s culture, then the entire effort will seem forced and alien to what the company believes in.

BML is one company that had ingrained this and the campaign run over the course of the whole of February of 2018 was a clear indication of this.

The ‘Aharenge Bank’ program, translated as ‘My Bank’, sought to connect the Bank with its clientele on a closer level.

The month kicked off with an Instagram competition ‘Aharenge Raajje’ or ‘My Maldives’. The effort received an outpouring of over 21,300 contributions. The eye-catching competition showed the Maldives from the view point of Maldivians to the entire world. 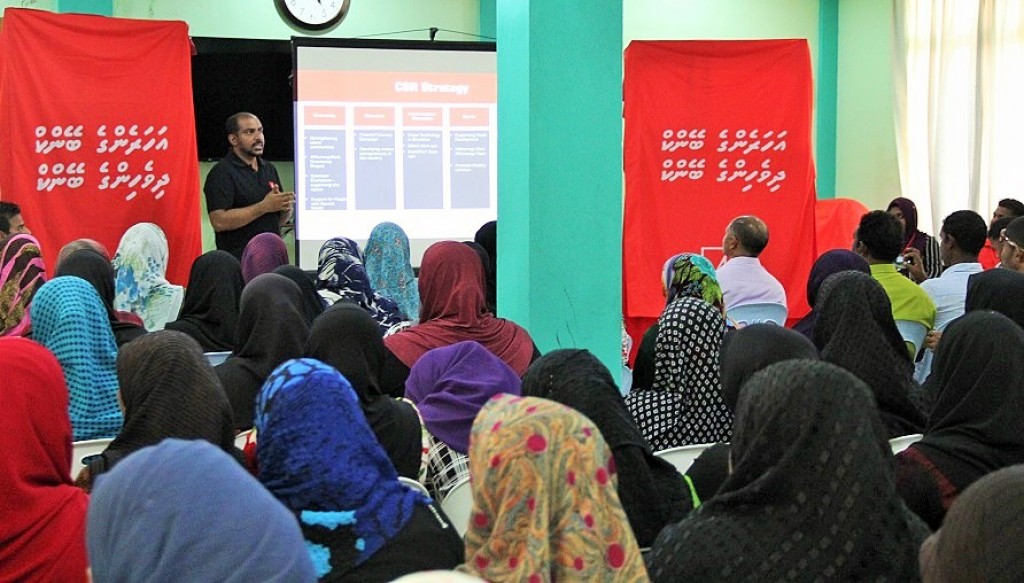 On February 2nd, the Bank launched a basketball court for the Youth Development Program (YDP) and invested into training players for three years.

The following day, staff of the company headed out Rasdhoo island in Alif Alif Atoll. The island, reliant on guesthouse tourism, received a clean up courtesy of the Bank. They headed to Dhiggaru island in Meemu Atoll the next day, along with Cancer Society of the Maldives. The partnership of BML and Cancer Society of Maldives proved to be successful, having run an awareness campaign on cancer and a cancer screening program.

On February 5th, the Bank launched ‘Lifestyle Loan’ for those who earn income from land rent, with them launching self-service banking in Vilimale’ island the next day.

Sessions on financial literacy were held for students of Ghiyasuddin International School, Billabong High and Ahmadiyyaa School on 7th February. The sessions were conducted by staff of the bank, with students taking a keen interest in asking questions over the financial sector. 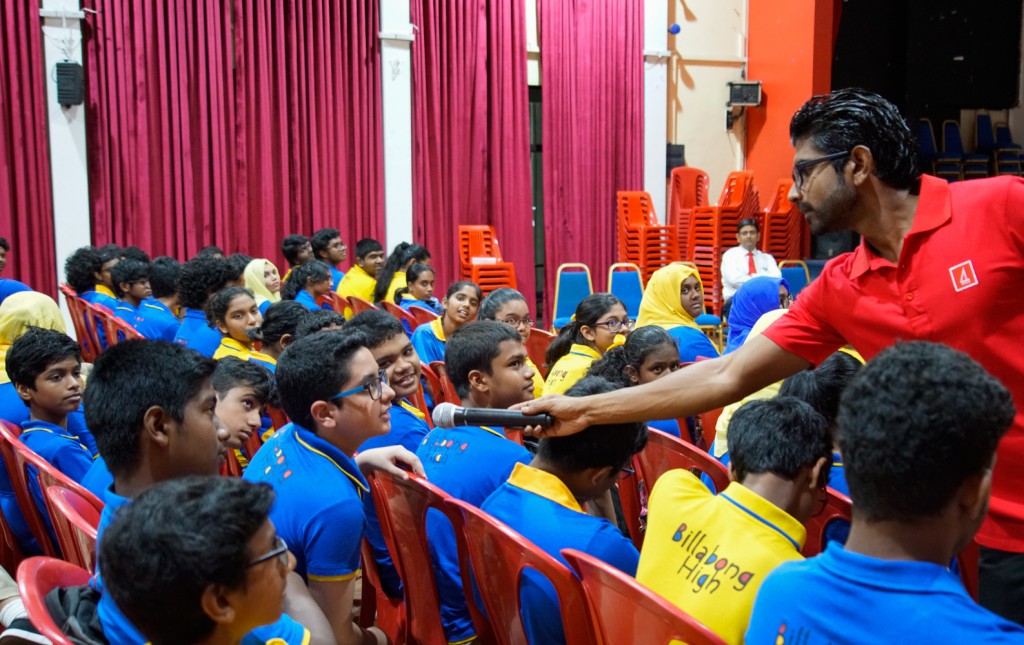 The Bank opened up online applications for services such as application for credit and debit cards, easy loans and opening a new account on 8th of February.

Investing in the future generations is definitely high on the agenda for the bank, as evident from their donation of books to the public library in Nilandhoo island in Faafu atoll. The books were valued at MVR 50,000 and were donated on the 9th.

BML then approached to the southern part of the nation. Clean up of Fuvahmulah island took place on the 10th of the month.

Sticking to the ethos of investing in education, BML donated computer systems to Hidhaya school in the sparsely populated island of Milidhoo in Noonu atoll, the next day.

On 13th February, BML introduced their ‘cashless ride’ to Hulhumale’, the suburban extension of capital Male’ city. The area is rapidly developing and expanding and in need of such services widely available in Male’.

BML then approached the island of Kelaa in Haa Alif atoll. A generous donation of materials to teach swimming and lessons was warmly received by the students of the island’s school. 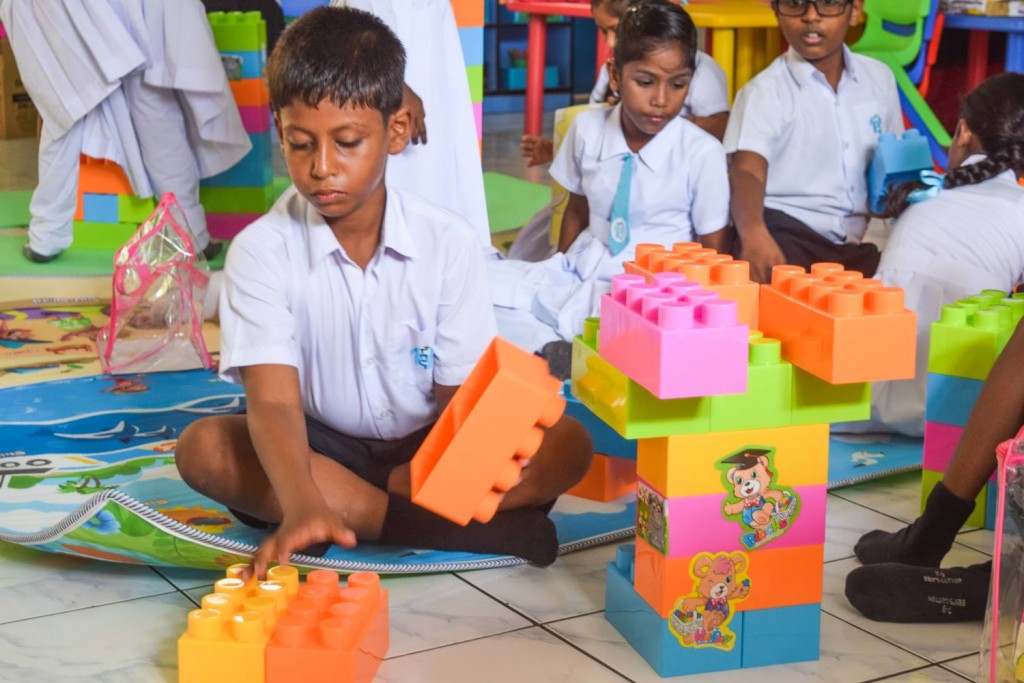 15th February was a special day for the citizens of Hulhudhuffaaru island. BML launched cash deposits through cash agents to the island on that day.

Then BML partnered with three non-Government organizations for their staff charity run. Two hundred staff took part in the run, with BML donating MVR 90,000 to those NGO’s. The run was held on 16th February.

The next day, they cleaned and restored the ancient Koagannu cemetery in Hulhumeedhoo island and donated a projector to the preschool in the island.

On the 18th, BML donated items to the class catering to special needs students in Kudahuvadhoo island in Dhaalu atoll. The bank continued in this vein, donating the first of motorized wheelchairs to a differently abled child in Eydhafushi island in Baa Atoll, the next day. BML says that nine more such wheelchairs will be donated in the coming days.

ATMs were opened in the islands of Gan and Hithadhoo on the 20th of the month. ATMs were placed near Gan International Airport and in Hithadhoo Regional Hospital.

An additional projector was donated to Kondey school in Kondey island in Gaaf Alif island on 21st February. Computer systems were donated to Atoll Education Center in Vaavu Felidhoo the next day as well. Children of Funadhoo island received football training equipment on the 23rd.

BML then sought to clean up the oft-used swimming track in Male’. Divers and participants dredged up over 180 kilos in garbage within 90 minutes.

BML marked the 5000th POS Merchant on 25th February. The event was marked as a milestone for the bank.

On 26th February, BML once again invested in a school. This time smartTVs and computer systems were donated to Jamaluddin School.

On the second last day of their month-long campaign, BML launched their internship program. The program aims to provide opportunities within BML for school leavers.

BML ended the month-long campaign on a personal touch. Opportunity was opened to all clients of the bank to create personalized gift cards from the website. 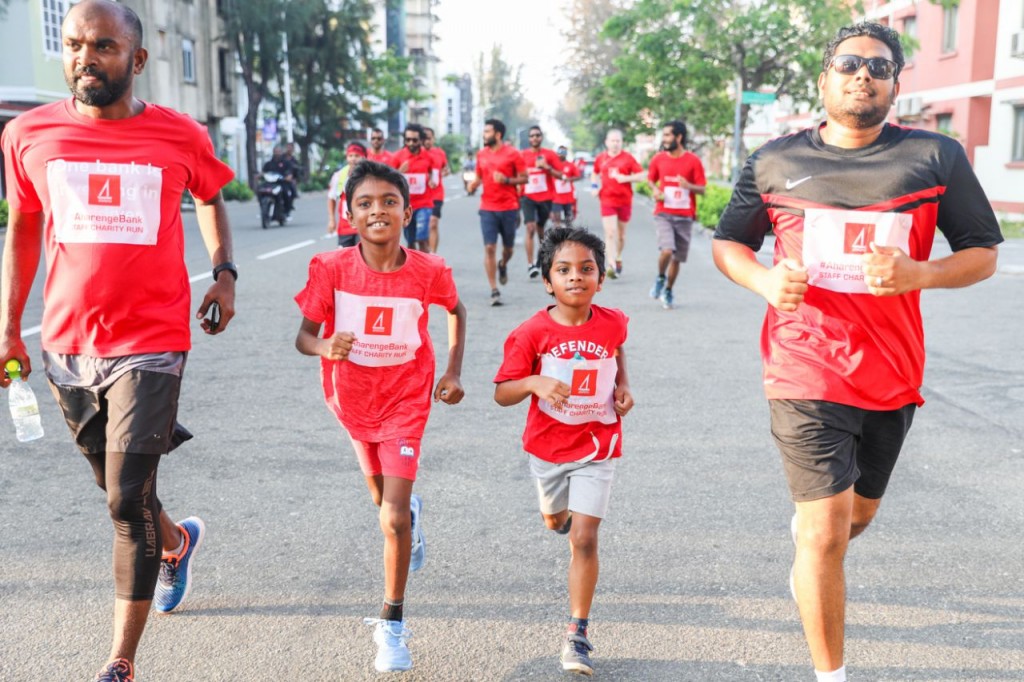 BML staff and participants at the charity run — Photo: BML

The month-long program highlighted key lessons each company seeking to develop better relations with their clients must act on.

One; CSR initiatives needs participation from all levels of the company. BML’s CEO Andrew Healy and other senior staff were very much a part of all initiatives.

Two; empowering staff to view such initiatives as a personal venture. Staff of BML attested that while the month-long campaign was a challenging one, it was done with a higher purpose. Their social media posts and personal testaments were a clear indicator that the staff saw this venture as one of their own.

Three; integrating the campaign to core values of the company. A detachment from the campaign with the company’s values will not yield the best results. BML’s program was aligned with their values. Therefore, the campaign was a progression, both internally and externally.

These core factors ensured that the ‘Aharenge Bank’ initiative was a success.