Maldives Airports Company Limited (MACL) says that asphalt has been laid on 600 meters of the new runway for Velana International Airport (VIA).

The process was started on the 14th of this month. The layer of asphalt is the final layer in a six-layer process.

MACL added work on the new runway will be completed by the last quarter of this year.

The 3,400-meter-long 60-meter-wide runway can cater to A-380 planes once completed. The US$ 400 million runway project is financed by China’s Exim bank and constructed by China’s BUCG company. The new passenger terminal is tasked to Saudi bin Laden Group. Concurrently, the new sea plane terminal is under construction as well. Under this project 3.2 hectares of land will be reclaimed, also by BUCG. 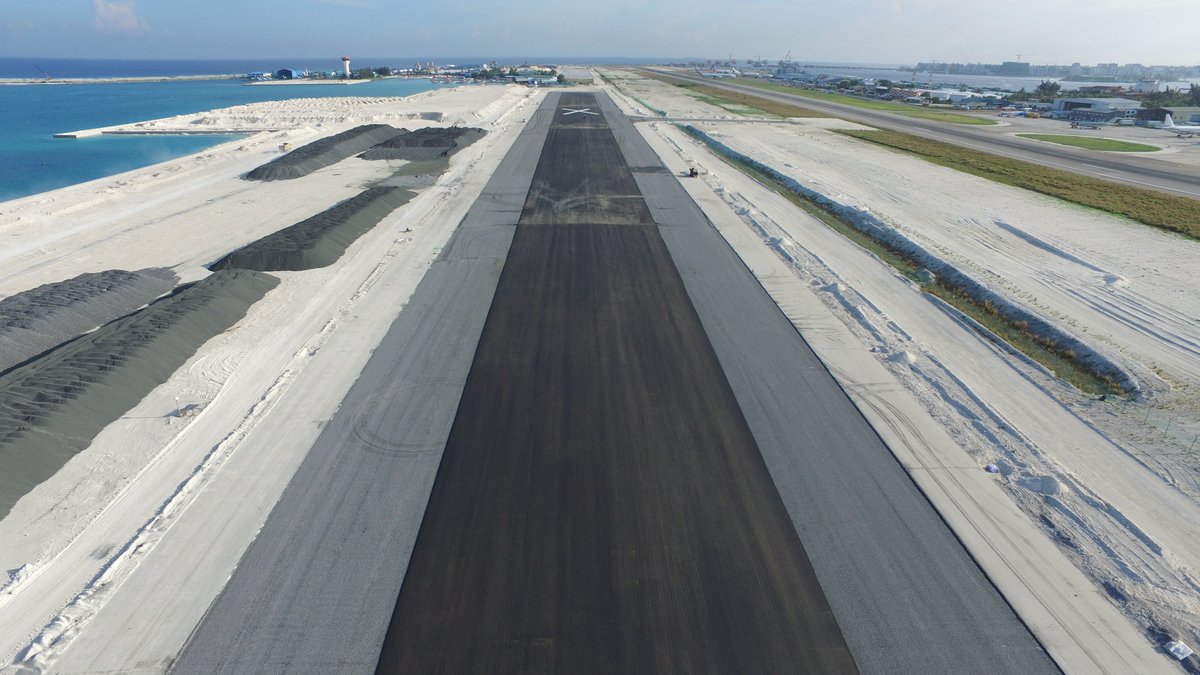